The Genocide Victims’ Museum is a referential cultural institution of national importance.

The institution is unique, not only in the territory of the Republic of Serbia, but also in the whole of Southeast Europe.

The museum was founded by the National Assembly of the Republic of Serbia in 1992 for the permanent remembrance of the victims of the genocide committed against the Serbs, to collect, process and use data about them, and to fulfil obligations from the Convention on the Prevention and Punishment of the Crime of Genocide. At the same time, the museum deals with the collection, processing and use of data on the Holocaust and Samudaripen.

With the adoption of the Law on Museum Activity in October 2021, the Genocide Victims’ Museum became the main museum in the Republic of Serbia for fostering the culture of remembrance of victims of genocide and the Holocaust.

The Museum collects, processes and stores: data on individual and group victims of the crime of genocide and other genocidal facts; material on the crime of genocide, official documents, lists, testimonies, museum exhibits, photographs, films, video and audio recordings, books, medical and other documentation, etc; the relevant data for determining the organizers, perpetrators of crimes, commanders and accomplices responsible for committed crimes of genocide; data on rescuers of victims of genocide; determines and works on marking places of suffering (camps, pits, execution grounds of victims); ensures the use of cultural-historical material and knowledge at its disposal for cultural, educational, pedagogical, informational and other purposes by exhibiting this material in the framework of permanent and periodical exhibitions, publishing and otherwise making them accessible to the public; cooperates with related institutions in the country and abroad.

In addition to the crime of genocide, the documentation kept in the Museum refers to war crimes, ethnic cleansing, execution grounds, pits, camps, prisons, forced displacements, forced conversions, hostage-taking, forced labor, looting and destruction of property, cultural and historical and religious monuments, the use of illicit means of warfare.

The museum observes the 22nd of April and 21st of October as the most important dates, which are the public holidays in the Republic of Serbia and which have great importance in the remembrance culture of the victims of the Second World War.

Back in 1992, pursuant to Article 2 of the Law on the Establishment of the Museum of Genocide Victims, the Day of Remembrance of the Victims of the Genocide committed against Serbs, as well as the victims of the Holocaust and Samudaripen, was determined to be 22nd of April - the day of the breakthrough of prisoners of the NDH system of concentration and death camps in Jasenovac in 1945, which existed from August 1941 to 22nd April 1945. The Jasenovac killing site was the largest concentration camp and execution ground on the territory of occupied Yugoslavia during World War II. Thus, the Republic of Serbia became the first country in the world to establish its own public day of remembrance, well before the General Assembly of the United Nations adopted the Resolution on the establishment of the International Day of Remembrance for the Victims of the Holocaust in 2005.

The Law on Amendments to the Law on State and Other Holidays in the Republic of Serbia established the 22nd of April as a public holiday with the status of a remembrance day.

By the same Law on Amendments to the Law on State and Other Holidays in the Republic of Serbia, the Day of Remembrance of Serbian Victims in the World War II was established as a state holiday, in the memory the war crime of mass shooting - retaliation against the civilian population of Kragujevac and its surroundings perpetrated by the German occupation forces on 21st of October 1941.

The most significant activity:

The Genocide Victims’ Museum has a database of victims of World War II, citizens of the Kingdom of Yugoslavia, which currently contains about 660,000 names and surnames of the victims. These activity is being implemented as a revision of the census “Victims of the War 1941-1945“ from 1964. The aim of this activity is to identify by name the victims of World War II from the territory of the then occupied Kingdom of Yugoslavia (1941-1945) with full identification, regardless of national, religious, ethnic, ideological and military affiliation.

The part of the Museum’s collections is in the continuous process of renewal, processing and digitization.

The museum realized several projects, the result of which were documentaries and documentary-fiction films about the camps in Jasenovac, at Stari Sajmiste, about the shooting of civilians in Kragujevac in October 1941…

The museum has a long-standing fruitful cooperation with referential national institutions in the field of culture, education, science and art in the Republic of Serbia and abroad, as well as with the Serbian Orthodox Church.

The experts of the Museum devote special attention to the implementation of numerous programs in the field of scientific research, culture, education, remembrance culture, art, publishing and informing in the entire territory of the Republic of Serbia, as well as abroad.

The Museum has a specialized library with nearly 10,000 titles of monographs and serial publications.

The Museum is engaged in scientific and research work. Experts of the Museum, as well as numerous collaborators, have achieved the highest results in science. They publish papers in the most important scholarly journals, participate in domestic and foreign scientific gatherings, conferences, round tables...

The Museum achieves significant international cooperation through participation in numerous projects and other activities.

As of 2022, the Museum has, among other things, been given the role of the National Office of the Republic of Serbia for the Cooperation with the IHRA (International Holocaust Remembrance Alliance).

The Museum is present in numerous media (television, radio, press, internet portals). This cooperation is realized through guest appearances, statements, conversations, interviews... Museum’s experts are often engaged as consultants on the realization of the most important projects in the media. Cooperation in the projects of the public broadcaster, the Radio Television of Serbia, is particularly significant.

The museum has achieved the aforementioned results, which exceed the scope of a small number of experts engaged in the institution itself, in just three decades of existence.

In the previous two years, the state has recognized the importance of the Museum, which is visible through the increase in the number of permanent employees and expert associates and the increase in financial resources for the implementation of the Museum’s work program and other projects, which it carries out independently or in cooperation with other institutions, organizations, and individuals. 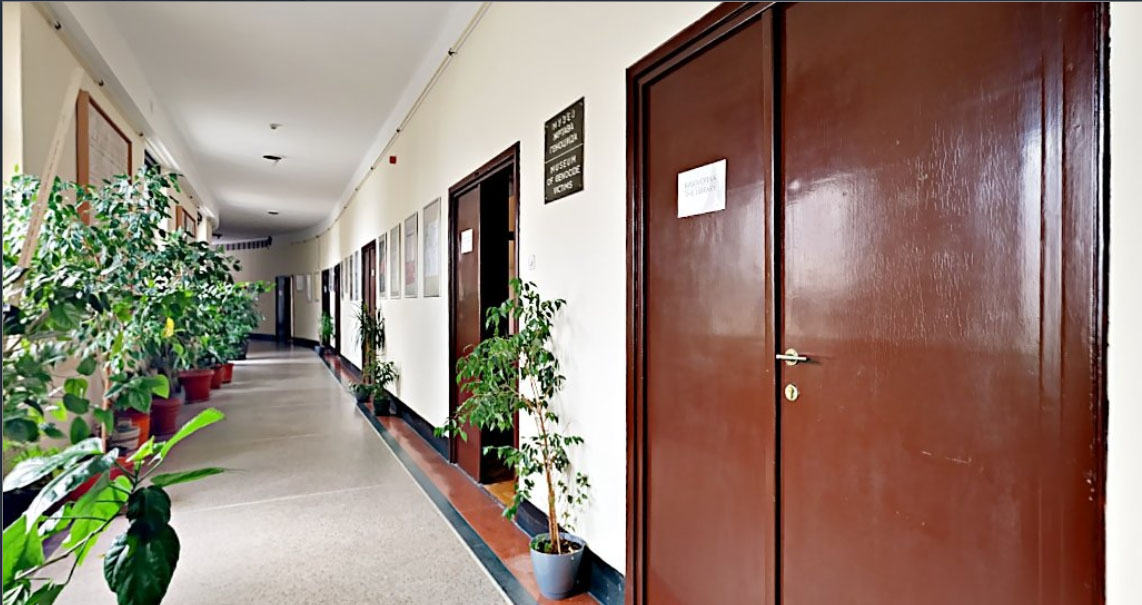